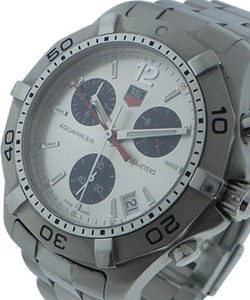 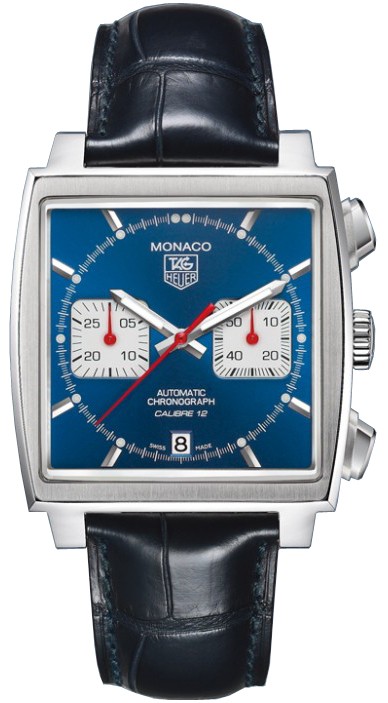 In 1860, Edouard Heuer founded a watch company in St. Imier, Switzerland. Edouard filed his first patent, a keyless winding mechanism, in 1869. In 1887, he patented an innovative oscillating pinion which allowed the instantaneous, pusher-activated starting and stopping of a chronograph movement. In 1911, Heuer patented the Time of Trip chronograph, which was the first chronograph for use in the dashboards of vehicles. As industry and sport grew, more precise timing instruments became necessary. The Heuer company debuted the Mikrograph. This device was the first one-hundredth of a second stopwatch. In 1933, Heuer introduced the Autavia name. In the following decades, the company continued to produce dashboard and wrist chronographs. Beginning in the '50s, the brand became popular with racing professionals who relied upon the company's accurate watches for recording times. In the early '60s, Heuer debuted the Autavia and Carrera Collections. Designed in conjunction with Hamilton and Breitling, the Caliber 11 was introduced in 1969. This caliber was one of the first automatic chronograph movements. The movement powered the iconic Mancao, worn by Steve McQueen in the 1971 movie Le Mans. In 1985, Techniques d'Avant Garde (TAG) acquired Heuer, forming TAG Heuer. LVMH purchased a majority stake in the company in 1999. Today, TAG Heuer continues to produce highly popular sports watches and chronographs.

TAG Heuer's best known watch is the Monaco. Named for the famous Monaco Grand Prix, the Monaco is synonymous with car racing. The watch was made iconic by the 1971 film Le Mans in which Steve McQueen wore a Monaco with a blue dial and orange subdials. The Monaco is immediately recognizable owing to its bold, square case.

Since its introduction in the 1960s, the Carrera Collection has hosted refined sports watches made for drivers and car enthusiasts. The Carrera's clean dial and simple indexes are optimal for legibility. Debuted around the same time, the Autavia name is rooted in Tag Heuer's long history with aviation and the automobile industry; the name was first used for dashboard timers in cars and aircraft. The design is defined by a large crown, distinctive pushers, bold Arabic numerals, and a bidirectional rotating bezel.

The Aquaracer is an extremely durable dive watch. Consequently, it boasts high water resistance to two or three hundred meters and a sturdily constructed case. Notably, the Aquaracer features a distinctive, twelve-sided bezel. The Formula 1 Collection pays homage to TAG Heuer's history with Formula 1 racing. The Formula 1 was designed to withstand professional use, undergoing over 60 quality tests and guaranteed to withstand shocks. The Link Collection was named for its seamless bracelet with double s-shaped links.