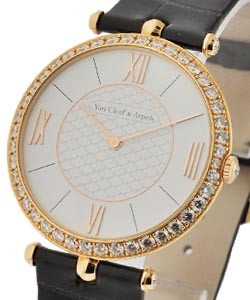 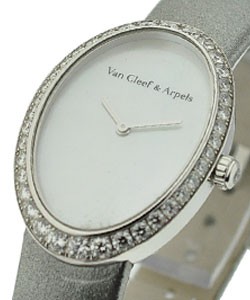 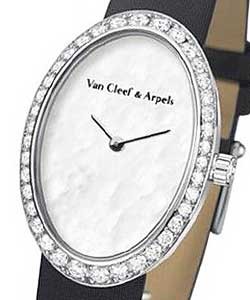 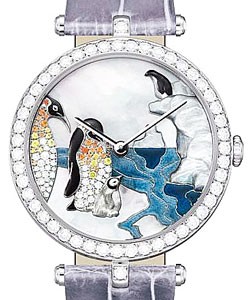 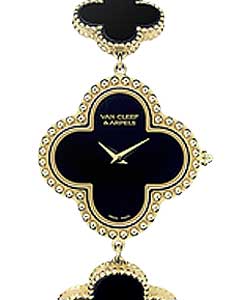 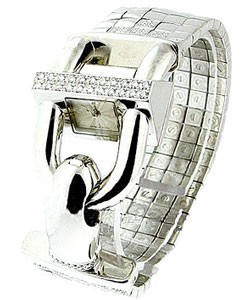 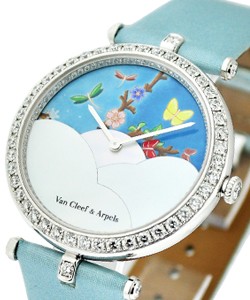 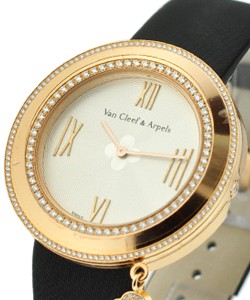 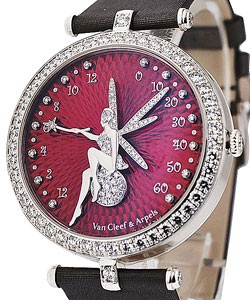 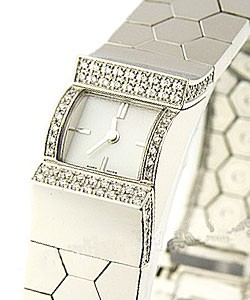 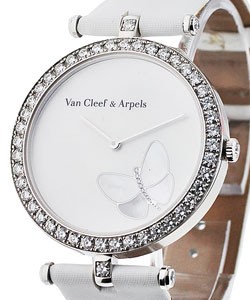 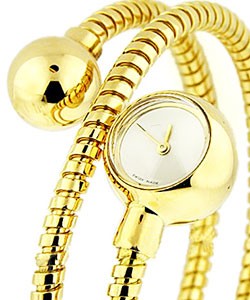 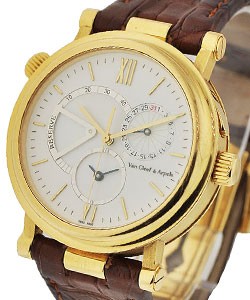 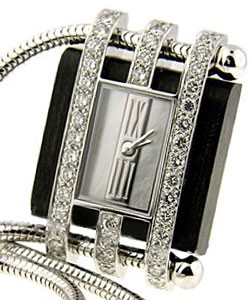 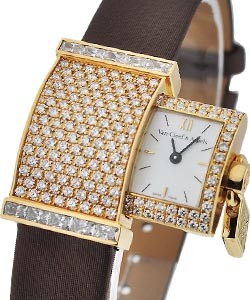 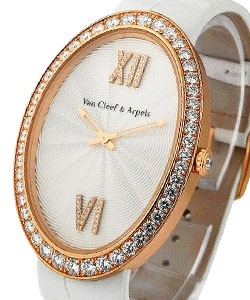 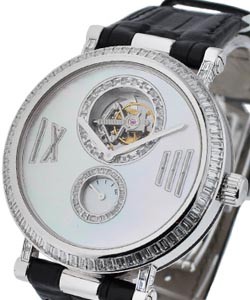 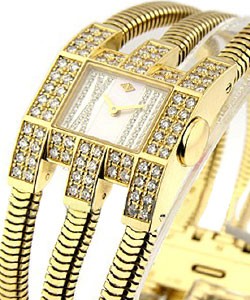 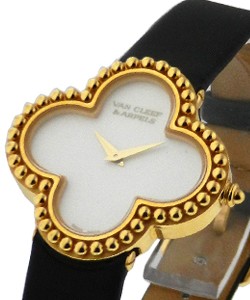 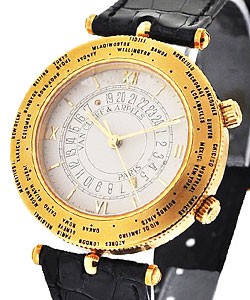 Van Cleef & Arpels was established through the marriage of Alfred Van Cleef and Estelle Arpels in 1895. Estelle's father, Solomon Arpels, partnered with Alfred to found the company to which they give their names a year later. In 1906, Alfred and Estelle's brothers opened the company's first boutique at 22 Place Vendôme. In 1918, Van Cleef & Arpels introduced its first châtelaine watches. 1923 saw the debut of the first "secret watch" concealed within a piece of jewelry. Named for its dual chain bracelet, the Cadenas watch was introduced in 1935. Pierre Arpels designed a man's watch in 1949. The design is still used in the Pierre Arpels Collection today. Throughout the twentieth century, Van Cleef & Arpels was a jeweler to movie stars like Grace Kelly and Elizabeth Taylor and royalty like the Duchess of Windsor and the Queen of Egypt. In 1999, Richemont acquired the business. Van Cleef & Arpels combines its expertise in jewel setting with complicated movements that often feature automata and high complications.

Van Cleef & Arpels watches are most often seen as jeweled timepieces at very reduced or close out pricing. Discontinued watches in 18K Yellow or White Gold with distinctive styling and fine quality at very steep discounts approaching 70%. These jewelry pieces are great values but are also quite rare and seldom seen. Modern pieces are sold in their boutiques but seldom available in the secondary market.