Latest A. Lange & Sohne Watches Added to Our Site 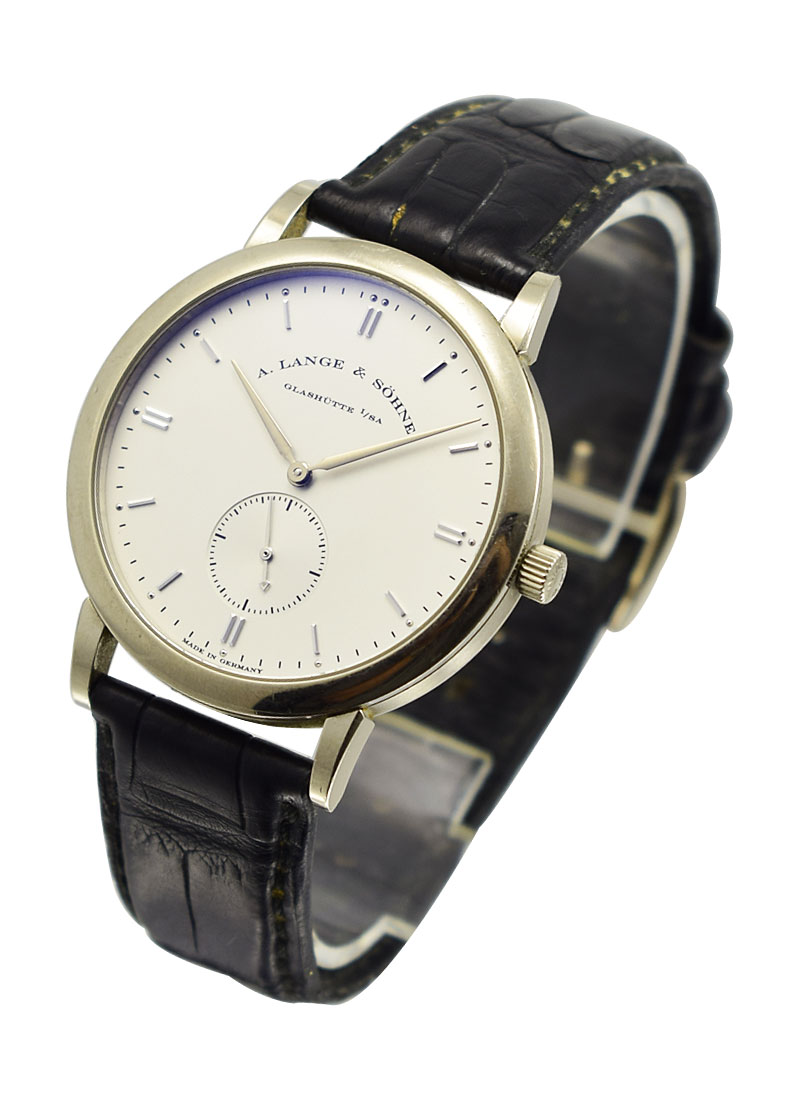 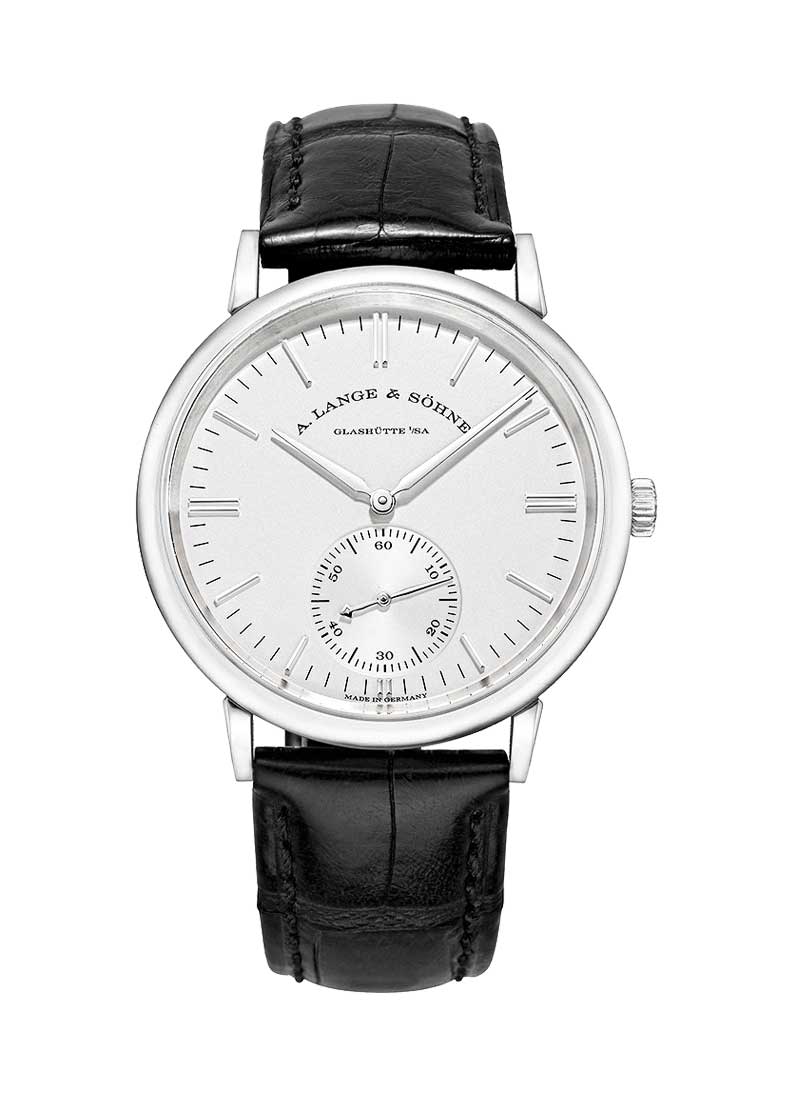 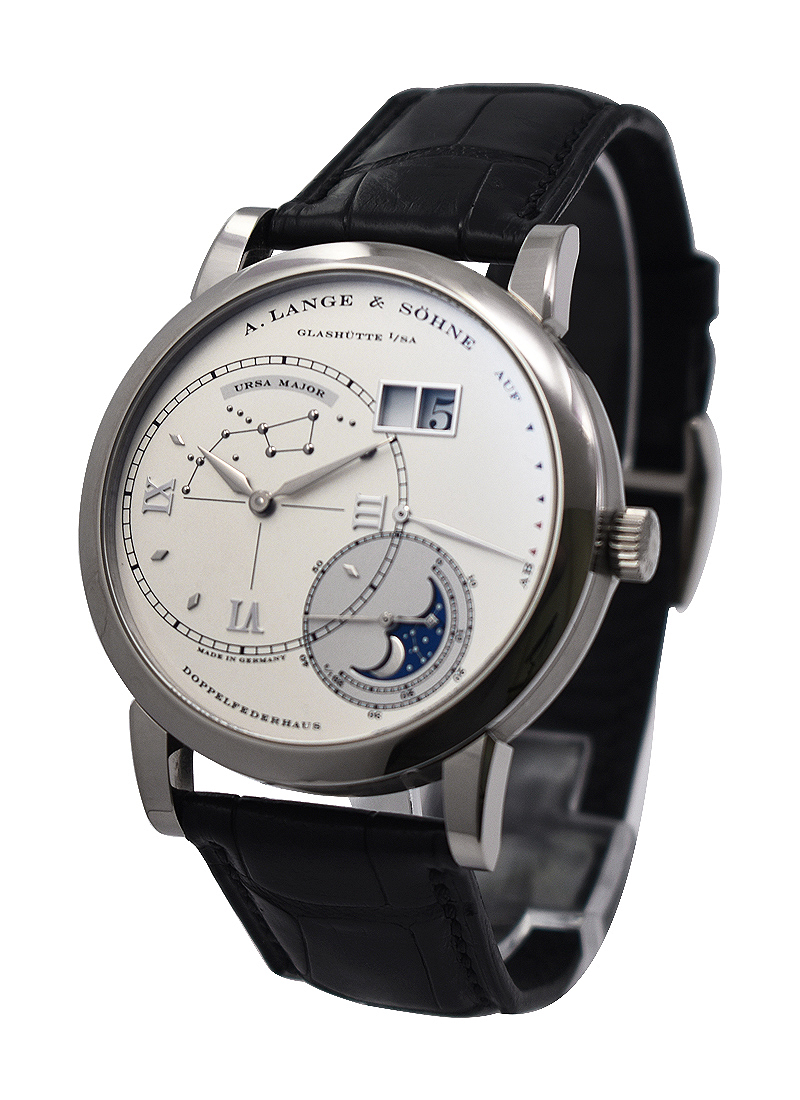 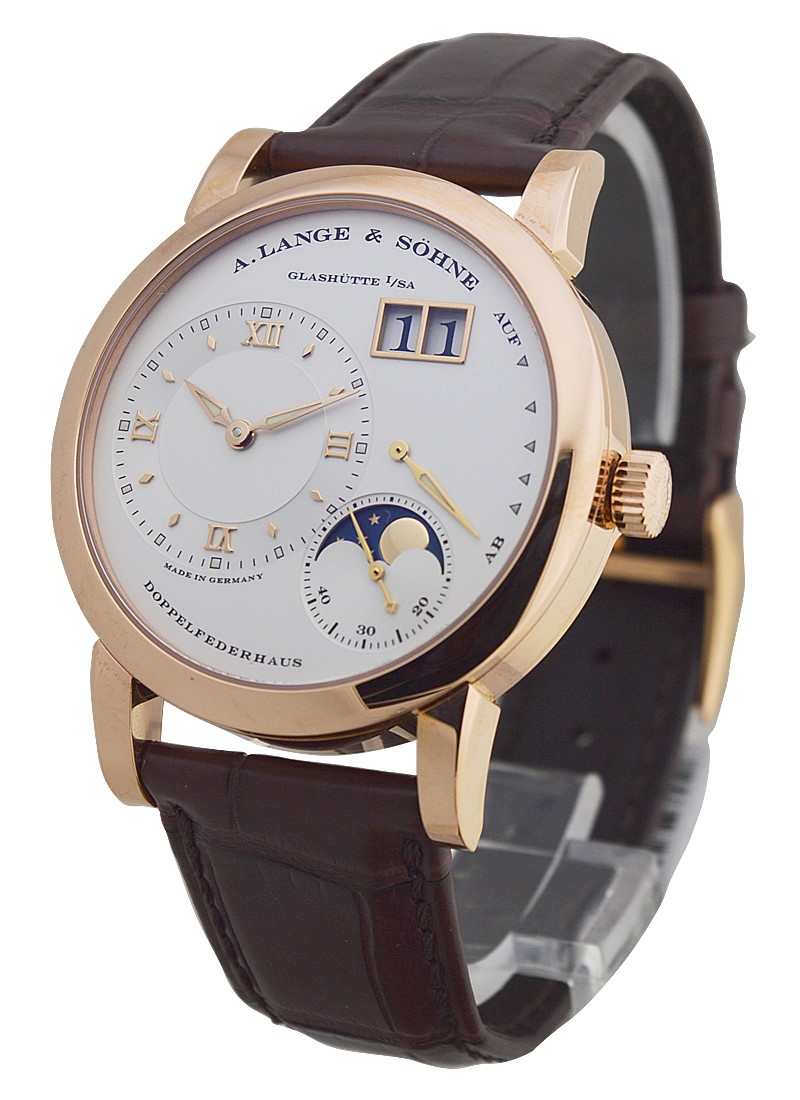 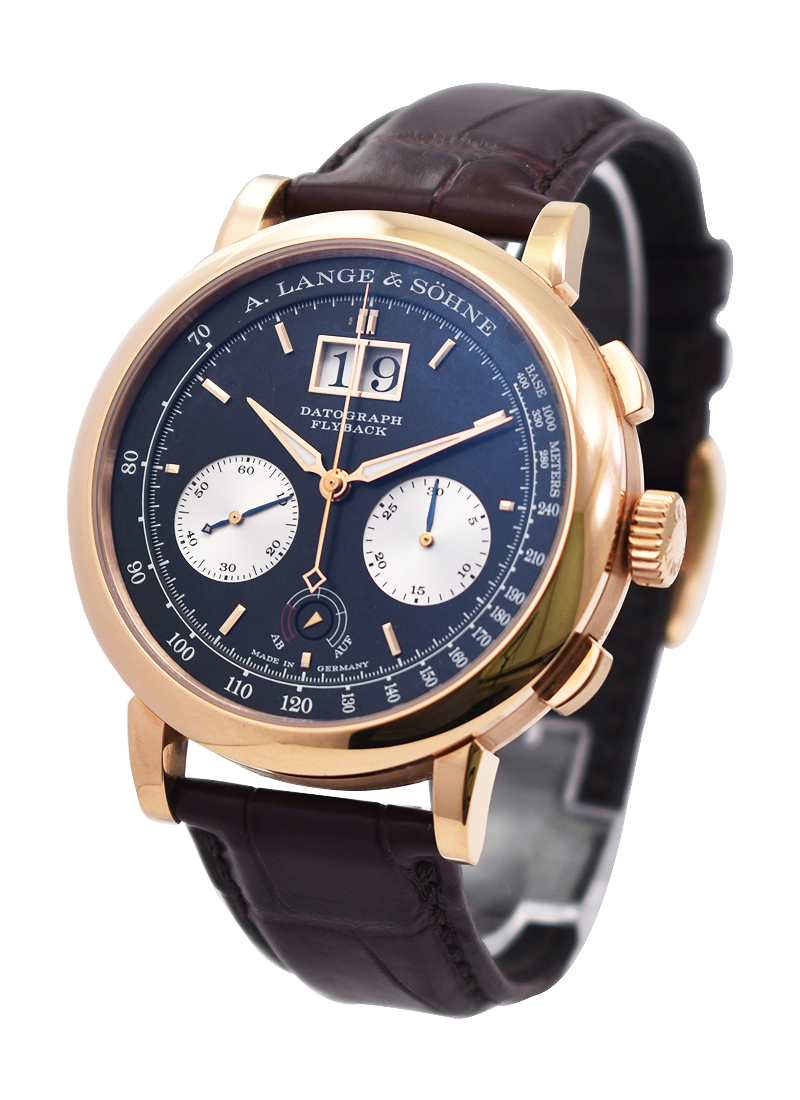 Datograph Up Down in Rose Gold 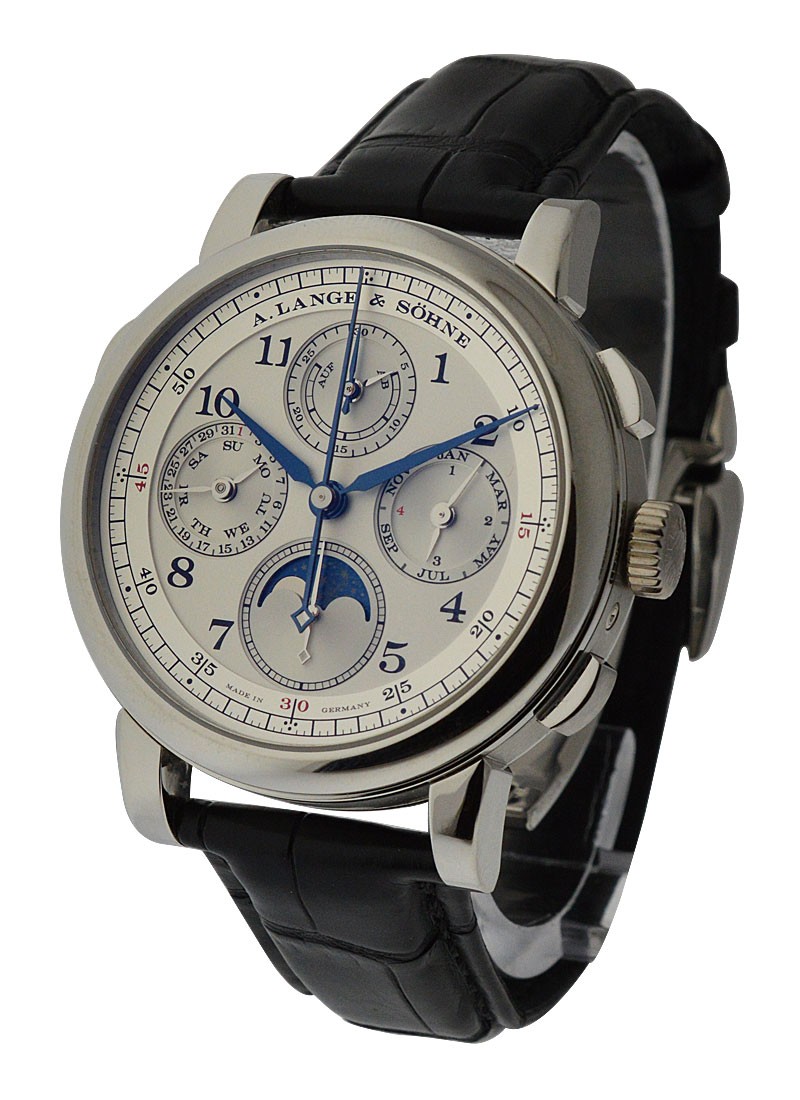 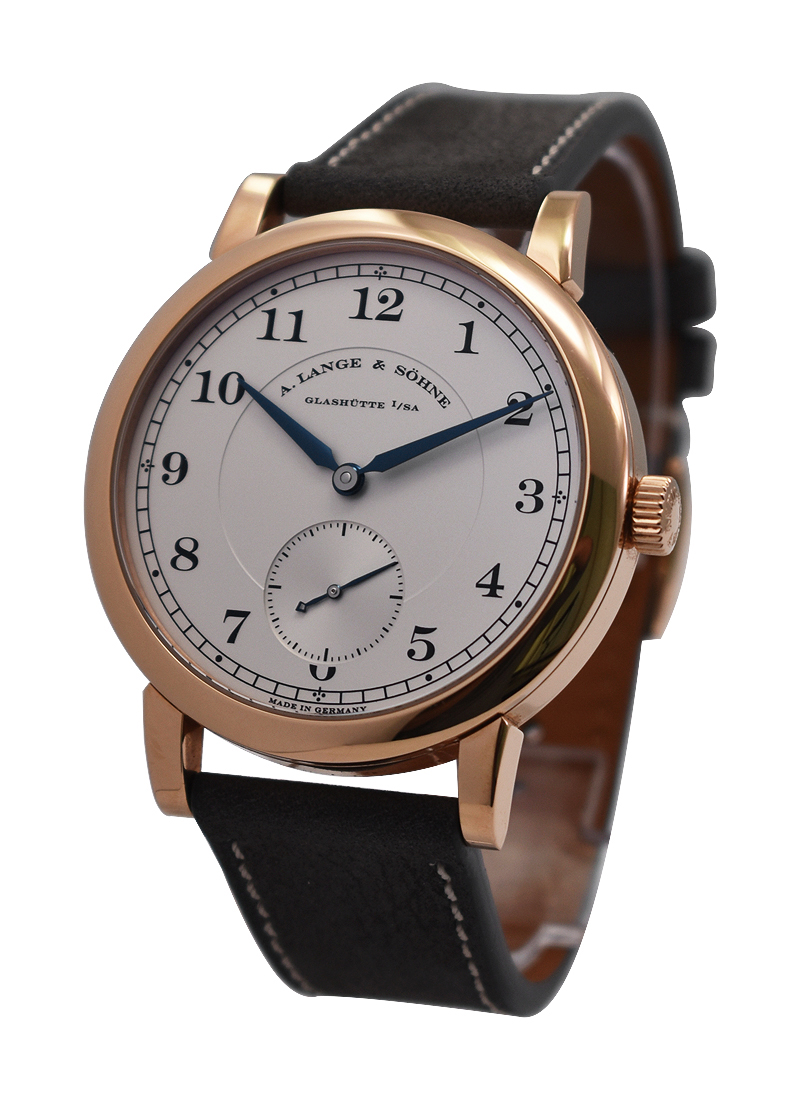 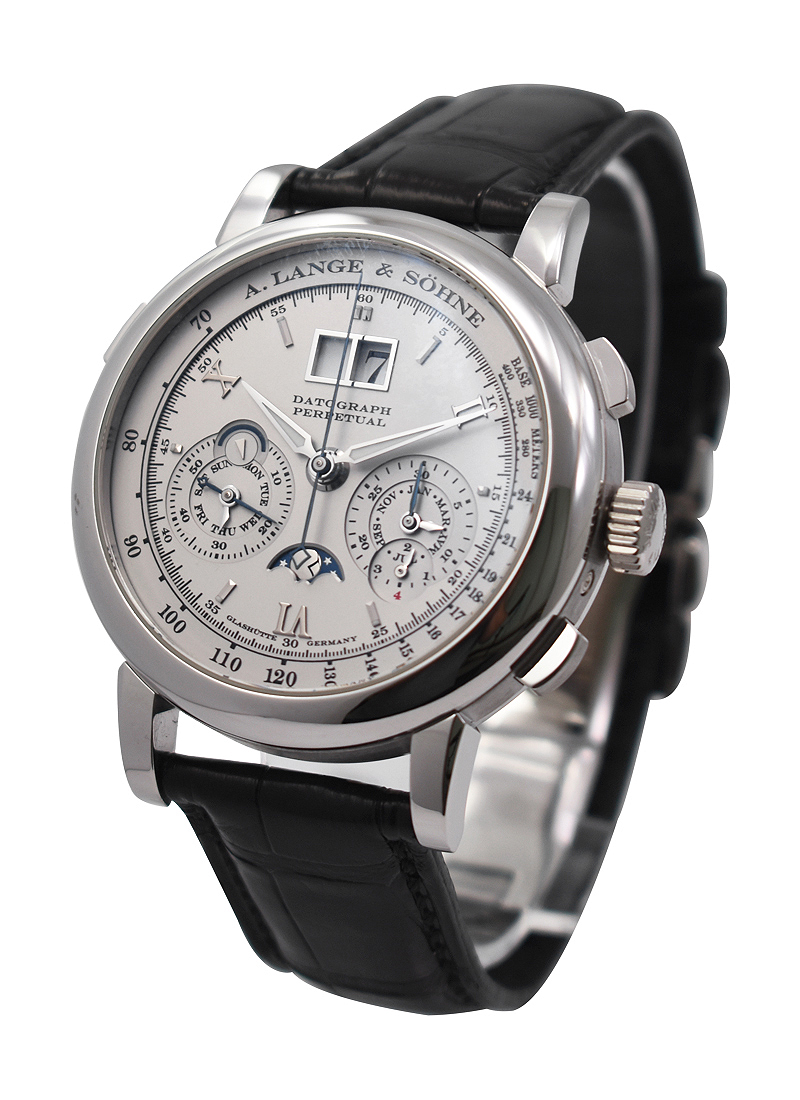 All A. Lange & Sohne Models 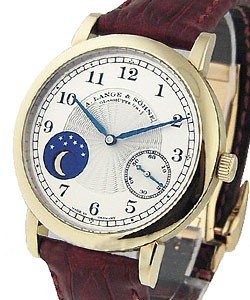 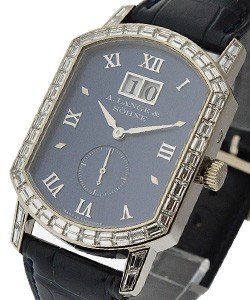 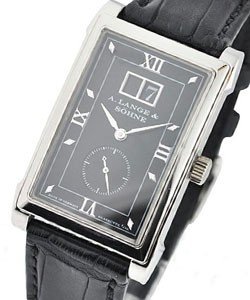 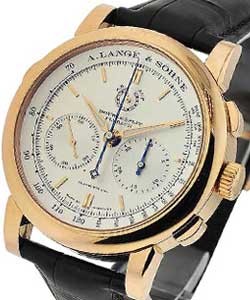 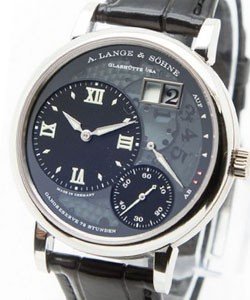 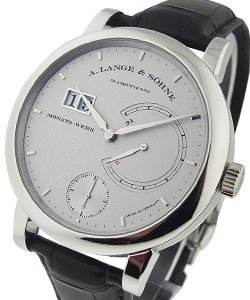 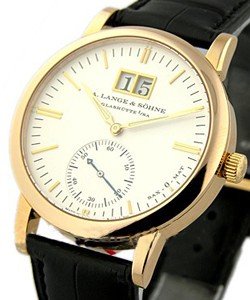 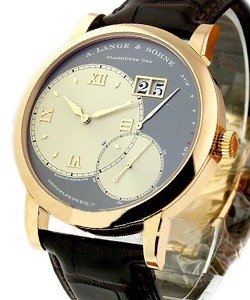 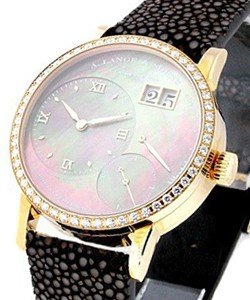 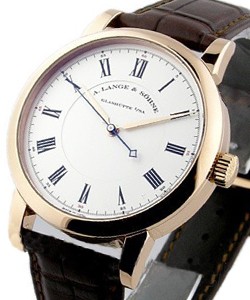 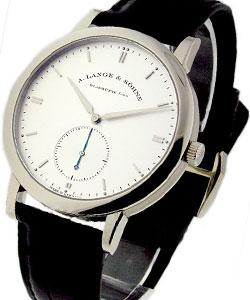 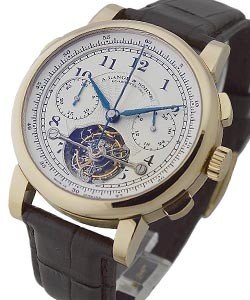 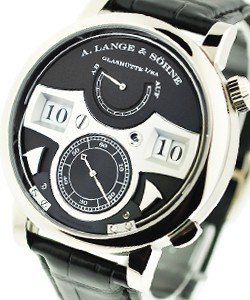 In 1845, Ferdinand Adolph Lange founded his watch workshop in Glashütte, a town which would become synonymous with German watchmaking. The company quickly grew and Ferdinand's sons, Emil and Richard, won acclaim for their respective business acumen and watchmaking prowess. The company suffered financial difficulties due to the First World War and the subsequent Weimar Republic. The A. Lange & Söhne factory and headquarters were destroyed during a bombing raid at the end of the Second World War. The company was nationalized along with other Glashütte watchmakers in 1948. After Germany's reunification in 1990, Adolph's great grandson, Walter Lange, decided to continue his family’s legacy by reviving the company. Richemont acquired A. Lange & Söhne in 2000. In its recent history, Lange has pioneered technical firsts such as the first wristwatch with a fusée and chain transmission and the first watch with a triple rattrapante mechanism.

Though only recently revived, A. Lange & Söhne now rivals top Swiss makers. The company has been widely lauded for its creation of a previously unheard of rattrapante mechanism that can split seconds, minutes, and hours. The company's use of a fusée and chain transmission, an antiquated constant force mechanism that ensures even power output as the mainspring winds down, in a number of watches demonstrates its commitment to precise, classically minded timekeeping. Consequently, A. Lange and Söhne has made a substantial impact on the world of high horology.

Perhaps the biggest draw for collectors of A. Lange & Söhne is the quality of its artisanship. Each timepiece is assembled twice to ensure it meets the company's strict standards. The maison's watch movements are recognizable owing to the hand engraving of the balance cock and the use of German silver, a silver alloy with a distinctive, warm hue. However, A. Lange & Söhne's exacting standards necessitate extremely limited production. It is estimated the watchmaker produces only 5,000 timepieces a year, in stark contrast to the larger production of Rolex and Patek Philippe.

A. Lange and Söhne has a long history of innovation and precision. This history is manifested in the Homage to F. A. Lange Editions, which include the Lange Tourbograph Perpetual Honeygold, the Lange 1 Tourbillon, the 1815 Rattrapante Honeygold, the 1815 Thin Honeygold, and the 1815 Moonphase. The cases of these watches are crafted of recognizable, honey-colored 18 karat gold and feature stunningly detailed dials and movements finished in the style of vintage Lange pocket watches.

A. Lange & Söhne is known for several renowned collections. Of these, the Lange 1 is easily the best-known owing to its unique, asymmetrical dial configuration. The hours and minutes are displayed in an off-center sub-dial separate from the seconds. Most configurations feature a big-date display on the top-right of the dial. The iconic design is available in numerous complications and case diameters.

Lange offers several other dress watches, including the minimalist Saxonia Collection. This collection's traditional, applied indexes are the most unobtrusive solution to marking the hours. The collection includes the Saxonia, the 5.7 millimeter thick Saxonia Thin, the Saxonia Outsize Date, the Saxonia Annual Calendar, and several higher complications. The more classical 1815 Collection uses elaborated Arabic numerals and a pocket watch inspired dials. In a similar vein, the Richard Lange Collection is defined by its legible, classic style and precision. This collection places emphasis upon the precision of scientific observation watches.

Despite its use of traditional watchmaking techniques, Lange does not shy away from modernity. The Zeitwerk is a highly unorthodox timepiece. Through the use of jumping hours and minutes and clever dial design, the watch appears to be a digital clock at a glance. The Odysseus is Lange's sport watch offering. Its bracelet and modern case shape set it apart from the maison's other collections. The Odysseus has quickly risen to become one of Lange's most sought-after watches.