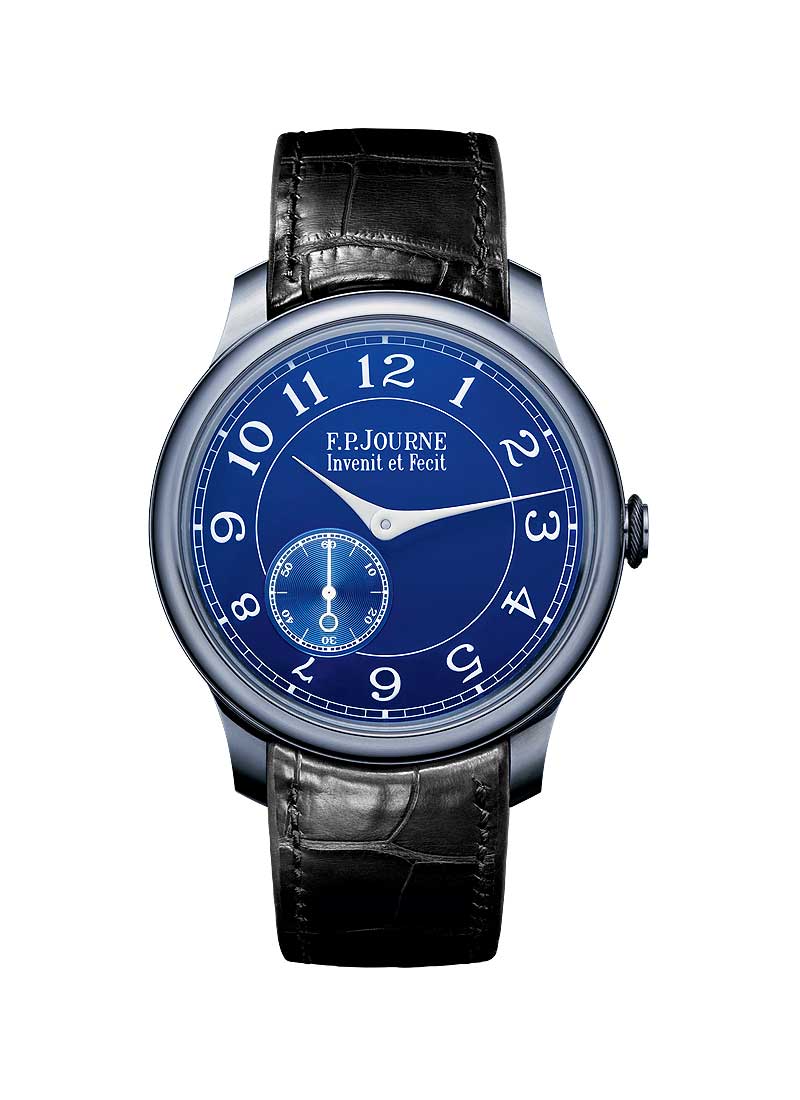 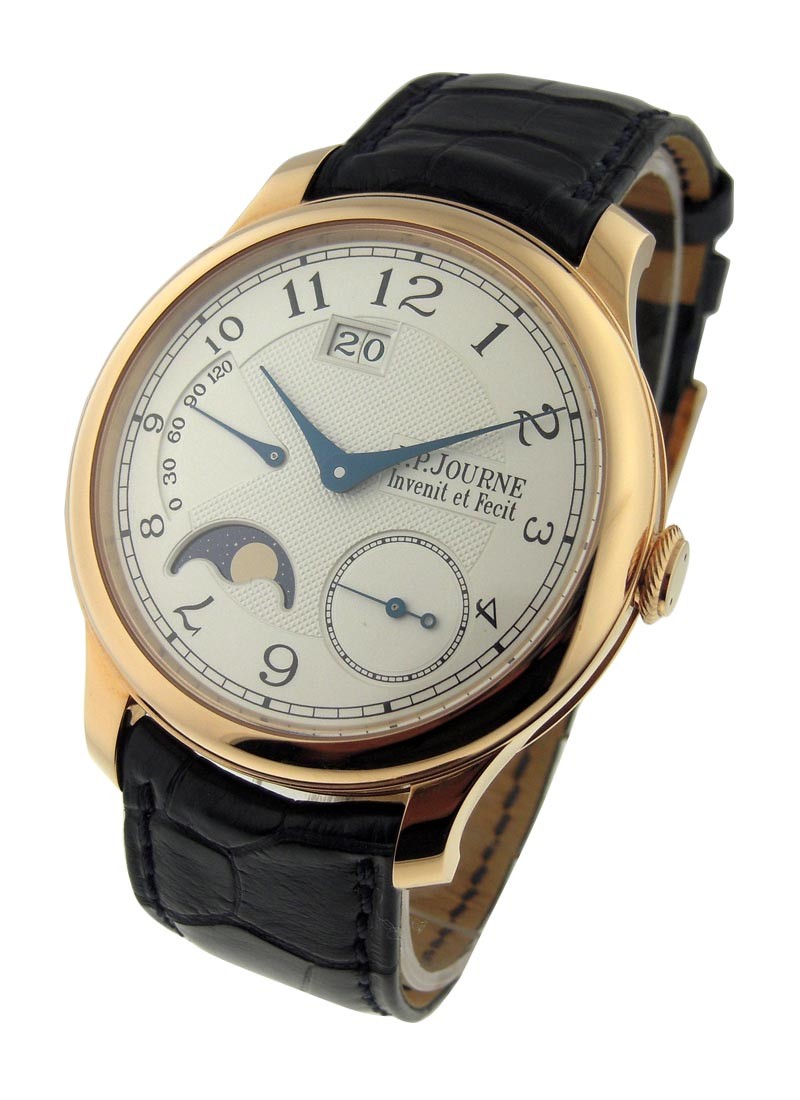 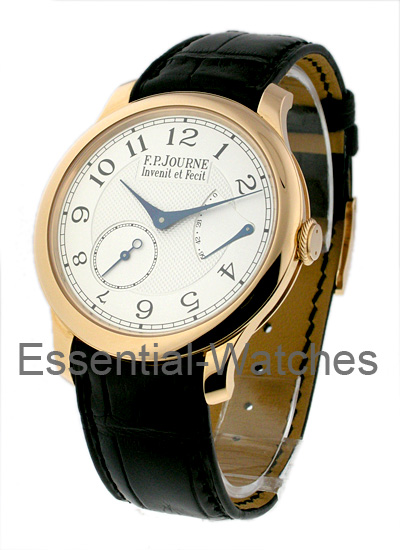 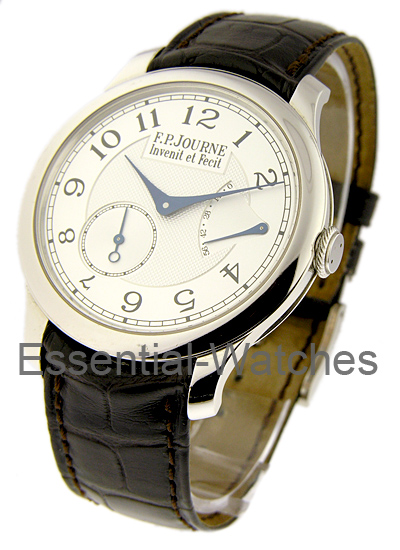 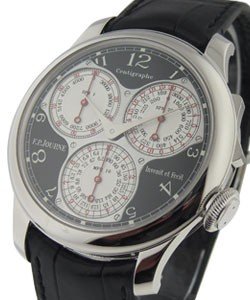 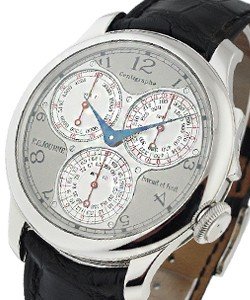 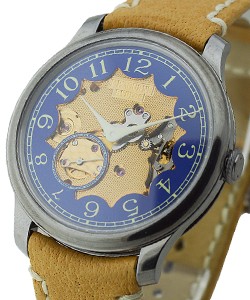 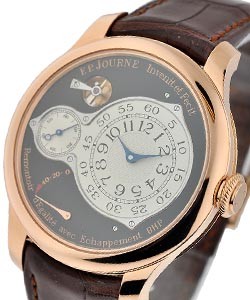 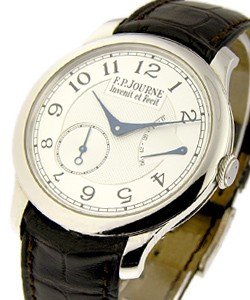 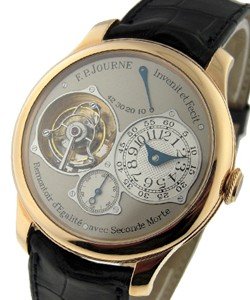 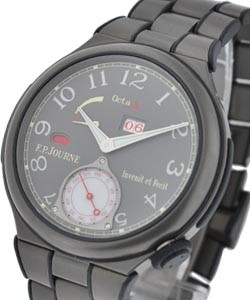 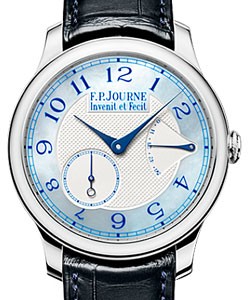 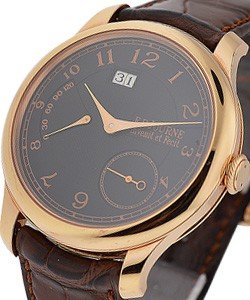 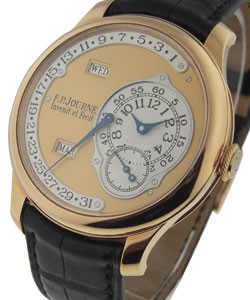 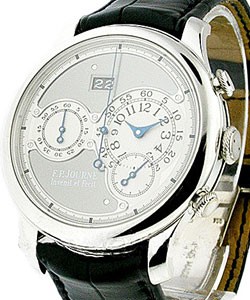 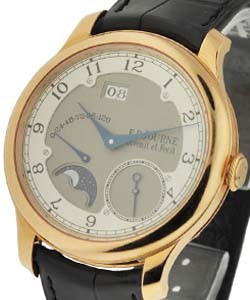 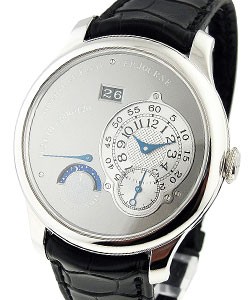 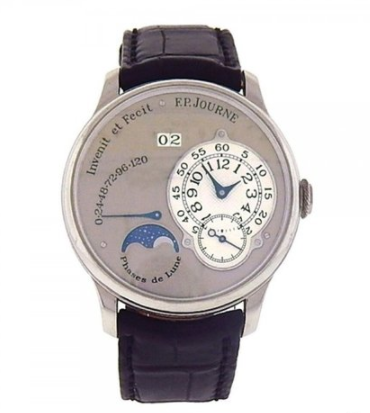 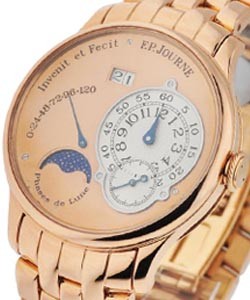 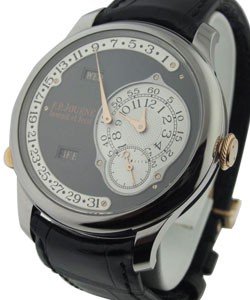 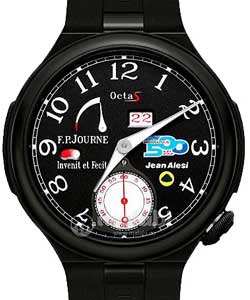 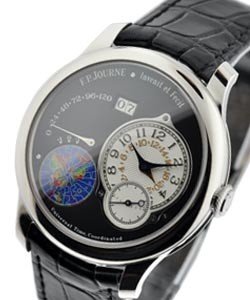 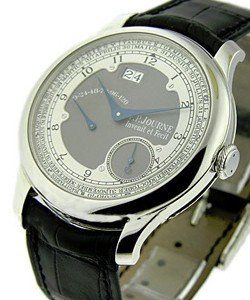 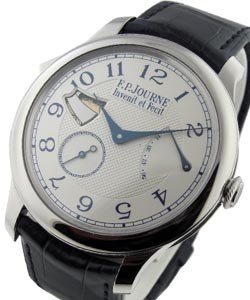 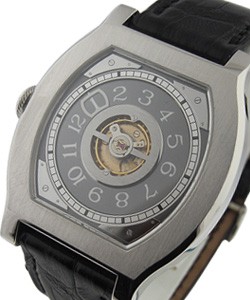 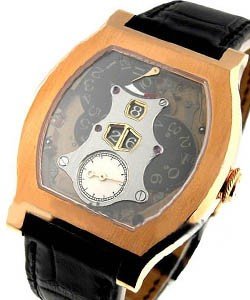 Francois-Paul Journe graduated from the Ecole d'Horlogerie de Paris in 1976. A year later, he began working for his uncle in the antique watch restoration trade. In his early career, Journe created several complicated mechanisms inspired by the antique pieces he worked on in his daily life, including a mechanism for a planetarium and a tourbillon pocket watch. In 1985, he opened his first workshop in Paris. Journe continued to produce highly complicated clocks and watches, earning several prizes for his work. In 1989, he established a movement manufacture in Switzerland and released his first wristwatch two years later. In 1999, Journe began signing his watches with his name and the label "Invenit et Fecit," denoting the impressive fact that Journe both invented and made his watch calibers. In the same year, Journe released the Tourbillon Souverain, a watch which uses a secondary power source closer to the escapement to increase accuracy. Since then, his watches have earned prizes at the Grand Prix d'Horlogerie de Genève such as the Prix Spécial de Jury in 2002 and L'Aiguille d'Or in 2004 and 2008. A true manufacture, designing and producing virtually all of its movements, F.P. Journe has grown to great prominence in just a few decades. Production is highly limited while demand is relatively high, making watches by F.P. Journe prized by collectors the world over.

Aided by an eminent background which includes attending the finest watchmaking school in Paris and working with some of the world's most complicated antique watches, F.P. Journe has created numerous complicated mechanisms of his own invention. The maison crafts many of its impeccably finished movements in solid gold. Although primarily renowned for its innovations in movement complexity, the watchmaker also possesses an appealing aesthetic style. Most Journe watches have tear-drop-shaped hands and distinguished Arabic numerals unique to the F.P. Journe brand.

The Classique Collection encompasses the most basic of Journe's watches - the time-only Chronometre Bleu - to perhaps the most complicated. The astonishingly complex Astronomic Souveraine boasts 18 functions and complications set by a single crown. The complications include but are not limited to a constant-force tourbillon, a minute repeater, an annual calendar, and measurement of the equation of time. Other watches in the collection are the Chronometre Souveraine, Lune, Quantieme Perpetuel, Chronometre a Resonance, Tourbillon Souverain, and Repetition Souveraine.

Featuring an integrated bracelet, a prominent 44 millimeter case diameter, and a rotating bezel, the Linesport Collection is far sportier than the majority of F.P. Journe collections. The collection includes the Centigraphe, a chronograph capable of timing to one hundredth of a second available in titanium, rose gold, or platinum. The Centigraphe Rattrapante features a rattrapante chronograph and big-date display.

Intended for ladies, the Elegante Collection is defined by an elegant, tonneau case shape. The watch is available in several metals, two case sizes, and with varying degrees of diamond-setting. Unlike Journe's other collections, all watches within the Elegante Collection use the same electromechanical quartz movement. However, this is no ordinary quartz movement. The caliber can detect when it is in motion, displayed at 4:30 on the dial. When the watch remains motionless for over 35 minutes, the hands will stop to conserve energy. Upon restart, the watch will automatically set the hands to the proper time. The movement is also beautifully decorated as a mechanical movement would be.

The Octa Collection features the famous Octa Calendrier, the first wristwatch that includes an annual calendar integrated with a large date as well as a 120 hour power reserve. Other watches in the collection include the Octa Automatique Reserve, Octa Automatique Lune, Octa Reserve de Marche, Octa Lune, Octa Divine 36, and the Octa Divine 38. The Octa Divine 38 is also featured in the F.P. Journe Jewelry Collection along with the Tourbillon Souverain. These exquisite timepieces are often studded with diamonds and stunning precious gems.